Celle Ligure boasts a great cycling tradition: Gepin Olmo was born here: he’s one of the greatest cyclists of the 1930s and founder in 1939 of the famous OLMO bicycle factory, which still has its headquarters in Celle with its large exhibition shop.

Who has never owned an Olmo bicycle? For many in Liguria the bike was the gift for the First Communion, others made their first rides, some others their first races; for everyone, the “Olmo” is the bicycle in Liguria. Giuseppe Olmo was not only a great entrepreneur, he was also a great champion: he won two Milan-Sanremo, in 1935 and 1938, twenty stages in the Giro d'Italia and an Olympic title. The 112th edition of the race, with the route entering Liguria a stone's throw from the famous Olmo headquarters in Celle Ligure, seemed to want to involuntarily pay him honor. 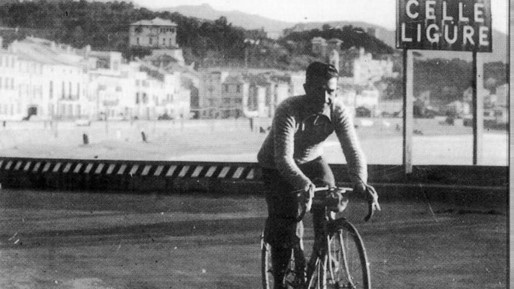