THE STORY OF CELLE LIGURE

The Story of Celle Ligure

The first mention of Celle appears in a 1014 diploma from Emperor Frederick II. This confirmed the donation made by certain lords of Piedmont, Lombardy and Liguria to the Monastery of Saint Benign in Fruttuaria “in loco et fundo Cellae”: some lands had been donated to the monastery by the Aleramici marquises before 1014.

In the Middle Ages, Celle shared its history with neighbouring Varazze and Albisola, until the old Marca Aleramica, which included those districts, was broken up by redistributions of territory. The family of Hugh, great-grandson of Aleram I, received the eastern and southern parts of the original state and this consisted of the region between the Apennines and the sea, to the east of Savona. The documents of the 12th century recall the dominance of the marquises of Ponzone, which lasted for almost two centuries in Celle and was opposed by Genoa and Savona. They were succeeded by the Genoese consular families of Malocelli and Doria, linked to the Ponzone by blood ties. The rule of the Malocelli dates from the early 13th century, while that of the Doria begins with branch of Oberto, Captain of the People of the Republic of Genoa, victor at Meloria, Lord of Loano and Dolceacqua, and continued under his descendants for most of the fourteenth century. 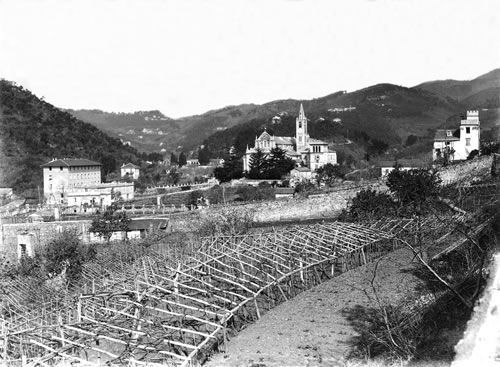 After them came the dominance of Genoa, which sought to increase its strength and power by annexing the feudal lordships. By 1290 Giacomo and Bonifacio Malocelli had sold their lordship of Varazze, Celle and Albisola to the Republic of Genoa for 3250 liras. With the Convention of 1343 the Doge of Genoa, Simon Boccanegra and his Council of Fifteen provided that Varazze, Celle and Albisola be united in one municipality under a mayor appointed annually by the Republic of Genoa. He resided in Varazze and was to visit the territories of Celle and Albisola as often as possible to keep order and maintain the oldest and best customs. One of the more important concessions was to leave the three communities to administer their properties under the Municipal Statutes. Those of Celle (“Il Negrin”) date from 1414 and in the Town Hall there is still a parchment book dating from about a century later, in which they are written down, with the successive amendments made by the people. This popular government lasted unchanged until 1798, with the fall of the Republic of Genoa. In 1414, on 21st July, in a house in the valley of Pecorile, Francesco della Rovere was born. He became Pope under the name of Sixtus IV. In 1535 Peter Buonacorsi, alias Perino del Vaga, a follower of Raphael, who for some years had stayed in Genoa to paint the frescoes in the palace of Prince Doria, was commissioned by the fishermen of Celle to paint an altarpiece depicting Saint Michael, still carefully preserved in the church dedicated to the Archangel.

In the 16th century, with an increase of North African piracy, new defensive measures were needed and on the advice of the Genoese, Celle was equipped with two forts on the sea: one in the harbour, in the middle of the forecourt of the pier (now the Piazza del Popolo), the other on the hill to the east of the present Church of the Consolation. On 24th July 1629, “the Magnificent Common Councillors assembled in the Conciliar Chamber” gave the order to begin construction of the parish church of Saint Michael, on the exact site of the ancient medieval church, whose bell tower was preserved. The new church was consecrated on 8th October 1645 by Francesco Spinola, Bishop of Savona. In the same year, on 28th August, the General Parliament proposed the construction of two windmills. The ruins of one of these still remain. 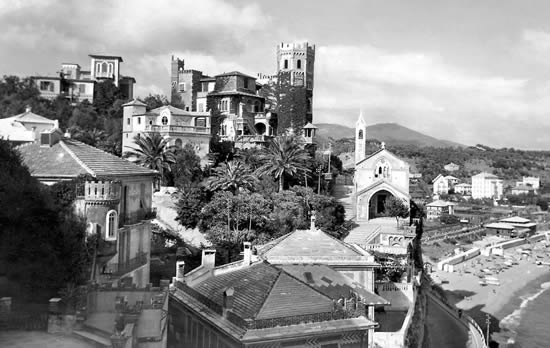 In the 17th and 18th centuries the people began to thrive economically, due to successful maritime commerce with France, Spain and America. Thanks to the activities of its sailors and merchants, Celle become one of the richest and most active towns of the western Riviera. The construction of the railway, inaugurated on 19th May 1868, brought an end to trade, while the closure of the beach with the sea wall negatively impacted the remaining residual shipbuilding and port activity. Celle began a new age based on the exploitation of its natural resources: the sun, the sea, the beach and the lovely village, with its houses packed together, beautiful with colours softened by time and the salt air. There were 38 summer residents in 1894 and 1608 visitors with an average stay of 42 days, figures that in the next year would already have tripled ...