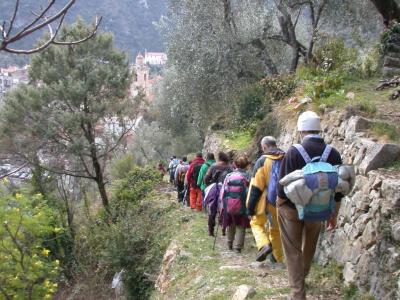 The mild climate in all seasons and the many sports facilities and local clubs make Celle particularly suitable for sports and outdoor activities.

Celle Ligure has a great cycling tradition: Gepin Olmo was born here, one of the greatest cyclists of the 1930s and founder of the famous bicycle factory, still located in the town.

Celle has a modern stadium, in the locality of Natta, dedicated to Giuseppe Olmo. It is a multipurpose sports complex consisting of a full-size soccer field, track and field for athletics and a special weights room.

Adjacent to the stadium is a recently completed six-a-side clay football pitch. In the same area, there is also a Sports Hall, which seats 500 spectators and is equipped for training in various sports, including basketball, volleyball and ice skating. The playing surface is 45 × 25 m and it too has a weights room. In the immediate vicinity of there are middle and long distance running tracks. 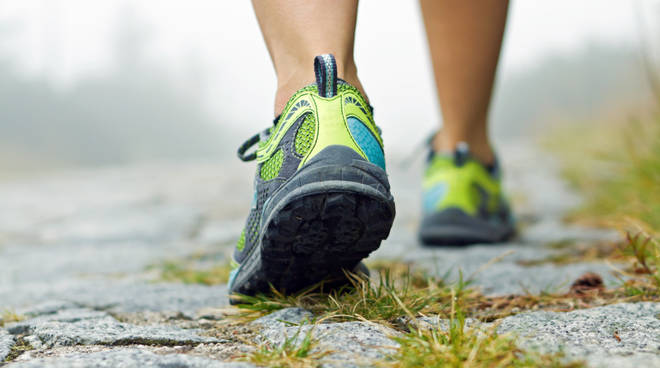 On the ridge leading from Sanda to Pecorile, up to the top of Torre Bregalla (where in the past there was a watch tower called Cardemei), the Civil Protection Volunteers Association “Tonino Mordeglia” has created a botanical trail with some benches for resting and information boards showing the various plants that compose the Mediterranean scrub. This trail forms part of the “Sentiero Liguria” project, a tourist hiking route that connects Luni (La Spezia) with Grimaldi (Imperia) over 600 km of contrasting beauty, between vineyards and forests of oak, beaches and cliffs, pilgrim routes, old Roman roads, “creuze” and trails.

Route 16 connecting Varazze to Albisola: from the Varazze promenade into the hinterland the way arrives at the foot of the Bric delle Forche, then follows the Sanda botanical trail and from there the ridge separating Celle and Albisola Superiore, which can be reached in a leisurely descent.

Leaving the hinterland and returning to the coast, the sea and the beaches are perfect for beach volleyball, sailing and windsurfing, canoeing and fishing, as well as being a source of surprising discoveries for lovers of diving.

Along the coast of Celle there are submarine fields of Posidonia oceanica, recognised as a Site of Community Importance (SCI). Posidonia is the only plant that has adapted to life on the seabed and it forms underwater fields on sandy ground, rich in animal life: indeed, they are home to bacteria, encrusting algae and other species, which are food for octopuses, cuttlefish, shrimp and fish. It should not be forgotten that the whole Ligurian coast is part of the Pelagos Sanctuary, a marine area protected as being of Mediterranean importance and specially established in 1999. It stretches over the territories of Italy (part of the regions of Liguria, Tuscany and Sardinia), France and Monaco. 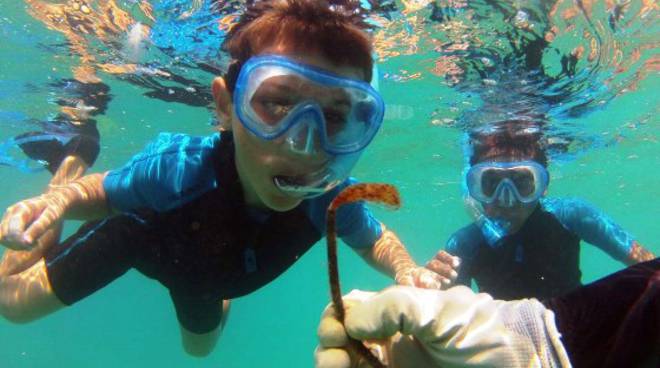 Finally, the small harbour of Celle, in the locality of Cravieu, offers towing and docking facilities, while in the hills you can find a fully equipped equestrian centre. Sports facilities include tennis courts, 7- and 5-a-side football pitches and the municipal bowling hall. In the neighbouring municipalities, belonging to the Riviera del Beigua, your choice is widened, thanks to golf courses and swimming pools and the opportunity to practise other sports, from surfing to climbing, from boulder to downhill. Also worth visiting is the “Parco Naturale Regionale del Beigua” (Beigua Regional Natural Park), recently recognised by Unesco: more than eight thousand acres between the provinces of Savona and Genoa, offering an unspoilt environment, breathtaking scenery and views, prairies and wetlands, dense forests of beech, oak and chestnut trees, steep cliffs, protected biodiversity and a dense hiking network that runs for about 500 km and which also includes a stretch of the “Alta Via dei Monti Liguri” (Ligurian Mountain High Trail).